Hendrik Kotze and Willie Pienaar are legally qualified practitioners with 50 years combined experience in dispute resolution. Find out more below! 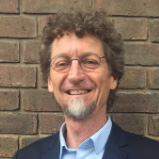 Although Willie has extensive experience in the formal legal sphere, he considers himself a ‘reformed lawyer’. While working as an advocate at the Cape Bar, Willie witnessed first hand the shortcomings of traditional legal practice. Driven by his desire to transform legal services, as well as his entrepreneurial spirit, Willie was a founding member of the Equillore Group, which specialises in dispute settlement through the use of ADR. During his time there he held both the CEO and deputy Chair roles.

A practicing mediator and arbitrator, Willie worked closely with the insurance cluster to pioneer a new way of settling inter-insurer disputes which has seen significant gains in both efficiency and efficacy for the organisations.

Willie is passionate about the use of IT as an enabler and sees his role in NuvaLaw as an opportunity to put his experience in ADR, his love of innovation, and a desire for access to justice to good use – for both companies and the consumer.

Working in Alternative Dispute Resolution since 1997 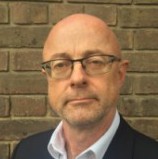 Hendrik works as a Commercial Mediator in the indicated fields. He is also takes on assignments in organisational, and social and community dispute resolution.

Hendrik is based in Cape Town, South Africa, but works in South Africa, Africa and Europe. He is also experienced in online mediation.

Hendrik qualified as a mediator in 2007 and is accredited as a Commercial Mediator by CEDR in the United Kingdom and DiSAC in South Africa.

Hendrik is a qualified lawyer, and practised as a barrister at the Cape Town Bar from 1992 to 1998. Hendrik obtained his LLB in 1986 (Stellenbosch) and holds LLM degrees from Cambridge University (1990) and the University of Stellenbosch (1991). He left the Bar to pursue a career in dispute resolution.

Hendrik is a lead trainer with Conflict Dynamics on their CEDR award winning Commercial Mediation Training Programme and has trained, mentored and assessed numerous mediators.

He currently serves as the Chair of South Africa’s Dispute Settlement Accreditation Council [“DiSAC”], a body that regulates accreditation and practice standards for the mediation industry in South Africa. He is also a member of the ADR Advisory Committee of the South African Law Reform Commission

Working in Alternative Dispute Resolution since 1997